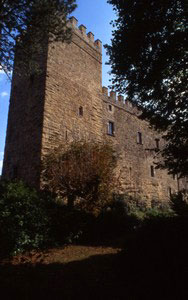 Rocca d’Ajello (XIII sec)
From 1260 until 1280, Gentile I Da Varano commissioned the two towers that stand at Rocca d’Ajello. They were watchtowers which surely stood taller than they are today, from which communications were exchanged with other towers in the network, by which the nearby river Potenza, the Palente river basin and the gorge that led to the tower at Beregna, also known as ‘Troncapassi’ were kept under control. A fortified ditch, 12km in length, was dug along this last valley and called ‘Intagliata’ (cut-out). Work was started by Giovanni da Varano (1377) and finished in 1475 by Giulio Cesare Da Varano. The towers were connected by a ‘sheer wall’, and formed a fortified compound of trapezoidal shape. 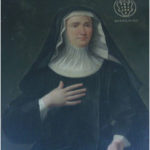