Ugolino Malagotti was buried in the church which was once part of a Benedictine complex in 1373. Part of a minor branch of Fiastra’s feudal lords, he retired on Monte Fiegni as a hermit after selling all his worldly goods, following a Franciscan calling. Built in stone, with a gabled façade and a door in white stone and a small rose window. Inside there are two naves in which a column painted by Paolo Bontulli da Percanestro with the image of S. Antonio Abate stands out. The frescoes in the semicircular apse date back to the early 1600s. The saint’s urn is placed at the foot of the bell tower. 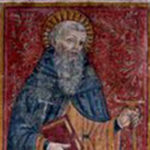 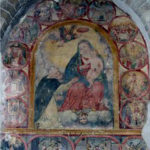